We’re happy to announce one of the many new projects we’ve been working on! For quite some time it has been the aircraft with the most powerful jet-engines in the world, only surpassed by it’s successor. Some say that it’s engines have a diameter larger than the fuselage of a Boeing 737 and others fly around the globe with it for more than 16 hours…

IPACS is now announcing the upcoming: 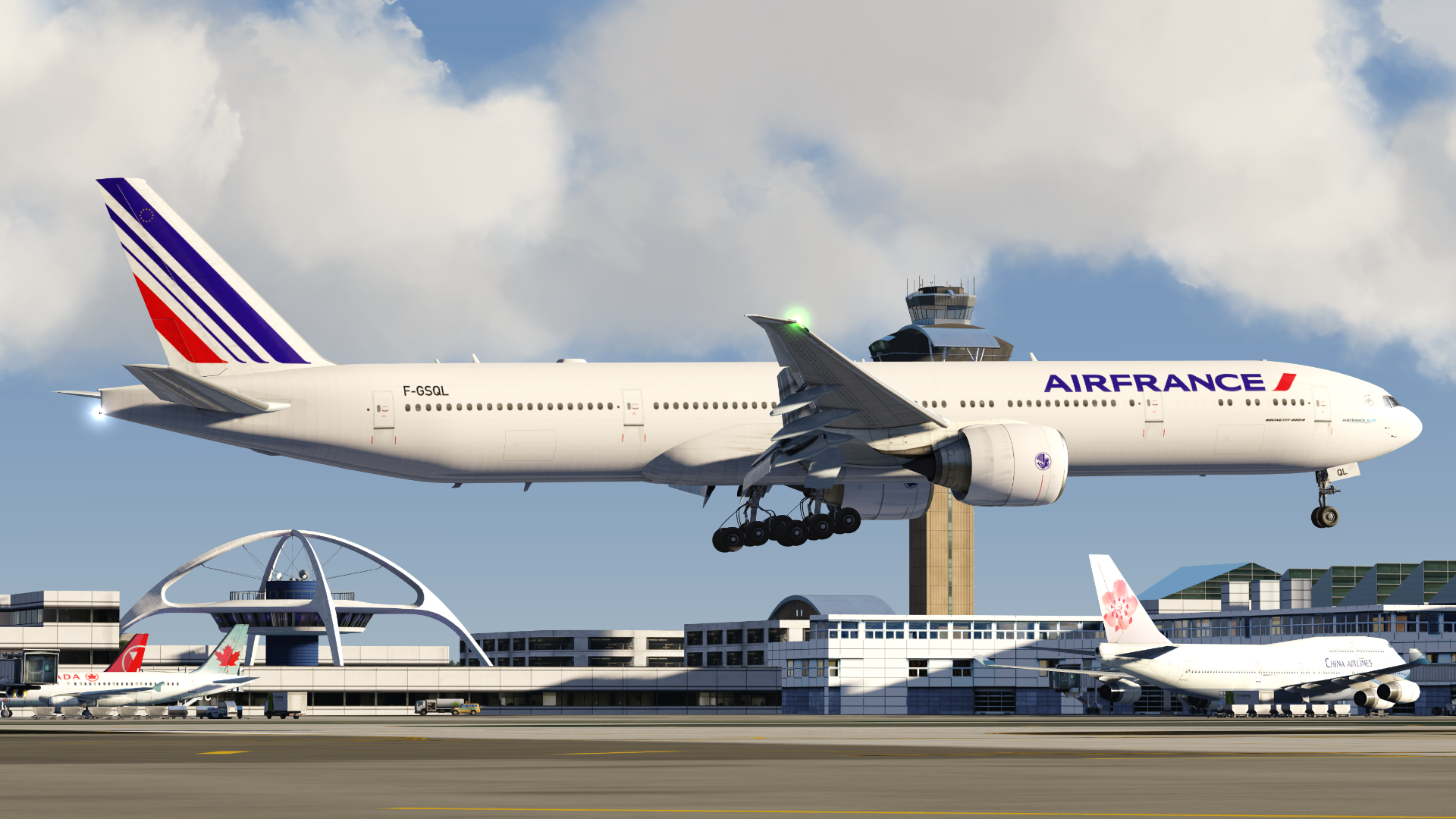 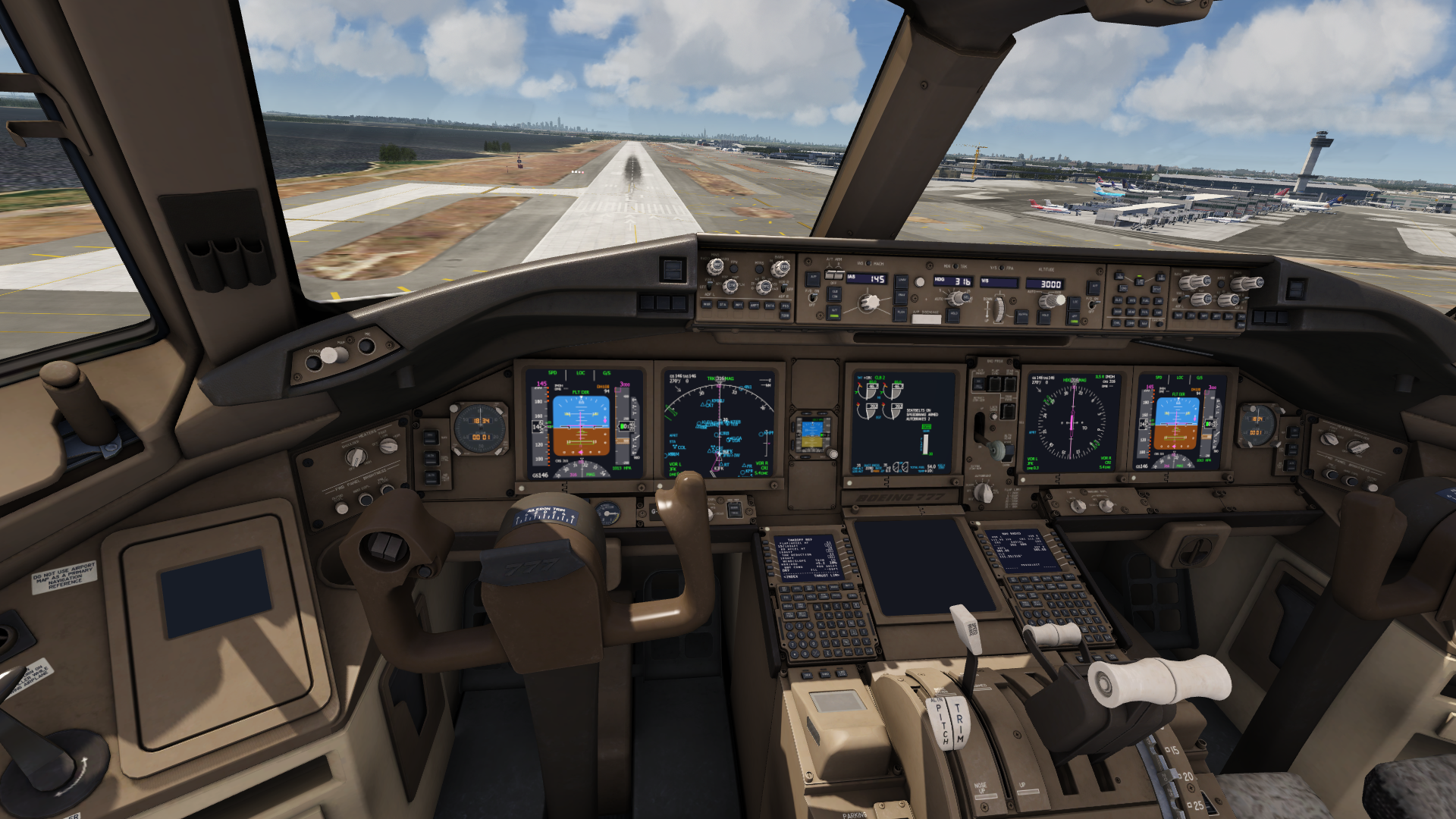 The 777 (a.k.a. Triple-Seven) is approaching a release state very soon!

Our plan is to bring the Boeing 777-300ER to the iOS mobile market first because of the high number of requests from our customers. And of course we also plan to add the B777 to the Aerofly FS 2 Steam version, either as a free DLC or included in the base simulator (for free), this hasn’t been fully decided yet. Release plans for this aircraft for the other platforms are not yet decided, so I don’t have any further information in that regard.

The aircraft will feature:

* a high quality model with very realistic looking materials
* multiple repaints including but not limited to: Emirates, British Airways, Air France,
American, Qatar, Swiss, Air New Zealand
* impressive sound
* VR compatible (like all of our aircraft)
* a pretty much fully functioning autopilot like the one in the Boeing 747
* interactive EFIS control panel
* working control display units (CDU) with some basic functionality like tuning radios
* choosing v-speeds and thrust limits
* flight management system (LNAV/VNAV),
* crew alerting system like in the 747 with most of the important warnings
* flap load relief system and other goodies…